According to the U.S. Bureau of Labor Statistics July jobs report, the unemployment rate dropped 0.2 to 7.4% and the number of total public and private sector jobs increased by 162,000. The report shows that industries with hiring strength included retail trade, financial activities, wholesale trade and food services and drinking places. Employment was relatively flat in mining and logging, construction, transportation and warehousing, manufacturing and government. We’re happy to say that we have heavy activity in every sector in which we currently work, including those that appeared lackluster in the report. How has your industry fared overall in the five years since the recession began? Check out this graph that NPR’s Planet Money put together to highlight the jobs picture across multiple industries for the past five years.  (“The size of the circle represents the number of jobs in each industry today. The circle’s position on the vertical axis shows the number of jobs lost or gained since the start of the recession. The circle’s position on the horizontal axis shows average hourly earnings for workers as of this spring.”) 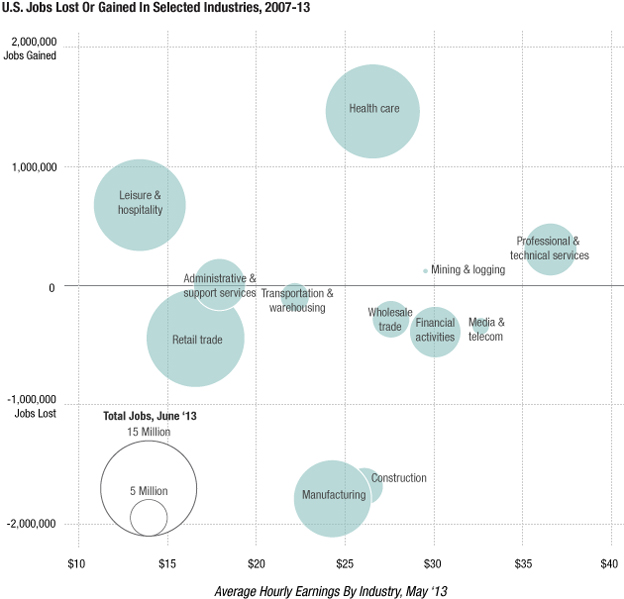